This is the English version. To see the Japanese version, please click the button below.

Kiroro is a Japanese Girl duo composed of Tamashiro Chiharu and Kinjo Ayano. They’re classmates in high school in Okinawa Prefecture. After high school graduation, they parted ways and went to different universities. In 1996, they had a minor debut with a single, ‘Nagai Aida’ when they were still university students. This song was released only in Okinawa Prefecture initially but became popular thanks to local CM of moving company on TV. It sold 10,000 copies in Okinawa prefecture.

They released 3 indie singles in total including ‘Nagai Aida’, ‘Mirai-he’ and ‘Sutekidane’. Then they made a major debut in 1998. Regarding the origin of the term ‘Kiroro’, it`s related to a word in Ainu language, ‘Kiroru’ and ‘Kiroro-an’.
Kiroru means ‘A wide path that humans stepped on’. Kiroro-an means ‘Strong’, ‘Healthful’, ‘Prosperous’, ‘Big’.

Thanks to the above-mentioned three titles, Kiroro got the right to participate in ‘NHK Kohaku Uta Gassen’ in the years 1998, 1999, and 2001 with each songs. This is an annual contest between male and female popular singers that is being held on New Year’s Eve.

Their songs since 2002 didn’t make it big. Kiroro also wanted to take it slow since they were exhausted from working hard.
On 17th, April 2005, Tamashiro got married. On 24th, May 2005, Kinjo also got married as if she just followed Tamashiro.
After then, they both took maternity leave and decided to be inactive for 7 years.

During this period, they both gave birth and each got three children. This made them famous for having many children. Unfortunately, Kinjo had a divorce on April 2013. On this term, Tamashiro released a single as a solo artist, but it didn’t become popular.

In 2015, both Kiroro singers together with Nakasone Izumi, who is one the members of the HY music group, formed and started a new group called `Sango`.

The origin of the unit name, ‘Sango’, has 2 meanings. One came from coral (Sango) that is found in the beautiful sea of Okinawa. The other meaning is child birth (Sango) which all 3 members have experienced. Their debut song is ‘Inochi no relay’ that talks about how important life is, with the lyrics about War and Peace.

Kiroro is loved not only in Japan but also abroad. We sometimes hear their songs in Indonesia and the Philippines specifically. Many Filipinas at KTV(Karaoke) can sing Kiroro hit songs, ‘Nagai Aida’, ‘Mirai-he’ and ‘Best Friend’ in Japanese. In addition, these Kiroro’s hit songs seem to have English version and Tagalog version.

Ending song of the movie

2016 marks their 20th anniversary since they debuted. ‘Best Friend’ which is one of their hit singles was adopted as the ending song of the Japanese version of the movie `The Good Dinosaur`(アーロと少年)’ This movie was released on March 12th, 2016.

You can hear a conversation between two people after you play the sound. Answer the questions about the conversation.

You can see the conversation script after you click here.
I rented a DVD, ‘The Good Dinosaur (アーロと少年)’ and watched it. I wasn’t interested in the movie so much since it’s made for children. But I was surprised when I heard the closing song of the movie. The movie used a Kiroro’s song.
Ah. I heard of that from the news. The title was ‘Best Friend’, wasn’t it? The song was popular for a while because it was used as a Graduation song. Some students sing this song on their graduation day. Why is the song still popular? It’s been over 15 years since its release.

Yeah. Kiroro was popular at that time. Their debut song, ‘Nagai Aida’ was hit from the beginning. The next song, ‘Mirai-he’ was also a hit. But after that, there were no popular songs of Kiroro for a while. But ‘Best Friend’ was also hit. What happened to Kiroro after ‘Best Friend’? I have not heard any of their songs since then.

Both of them got married and gave birth. Then they took a maternity leave for long years.
Ah. Nagai-Aida ne.

Which is mentioned about Best Friend, one of Kiroro’s hit songs?
A. It was hit as a debut song.
B. It was sung at the graduation ceremony.
C. It was about the relationship of the two members of Kiroro.
D. It was used in the opening song of the movie.

Answer：B
It’s mentioned that ‘Some students sing this song on their graduation day.
A: The debut song is ‘Nagai-Aida’, not ‘Best Friend’.
C: Although the relationship between two might be good, it’s not mentioned.
D: It’s closing song, not opening song.

You can see the conversation script after you click here.
While inactive, they gave birth and raise their children as if they competed with each other. Each gave birth to three children during the 7 years of their inactivity. They had no time to be active again as Kiroro.
Do both have three children? Wow. So, they spent much time doing music.
And after that, both got married, gave birth and lived happily. Amazing!
It’s not so. Kinjo divorced her husband in 2013. It’s 2017 now, so that was 4 years ago.
Well. It’s sad.
By the way, what do Kiroro do now? Kiroro’s old song, ‘Best Friend’ was used by a movie, what else? Are they making new songs now? Or, have they quit doing music completely?
They are currently doing music now with Nakasone who is one of the HY members. They formed this group in 2015 and called themselves `Sango`. I heard that the origin of the unit name, ‘Sango’, came from coral(Sango) that is found in the beautiful sea of Okinawa. In addition, it also means childbirth (Sango) which all three members have experienced.
It’s good, but I don’t mind the origin of the unit name.

What did Kiroro do in 2015?
A. Doing music activity
B. Doing preservation activity for corals in Okinawa
C. Doing speech activity to address the hardship of raising children as a Sango group.
D. Housewife

Answer：A
It’s mentioned that ‘currently doing music’.
B,C and D are not mentioned.

You can see the conversation script after you click here.
Do you know Kiroro’s song is popular not only in Japan but also in other Asian countries?
Yes, I know. In China, Indonesia and the Philippines, these songs are popular. Are still they popular now?
Yes. These songs are still popular. In Karaoke, Filipinas like singing Kiroro`s songs in Japanese. They can sing ‘Nagai Aida’, ‘Mirai-he’ and ‘Best Friend`.
Wow. Do they understand the meaning of the lyrics?
Umm. It’s different between singing songs in Japanese and talking in Japanese. Actually, some Filipinas sing songs without knowing the meaning. But there’re many Filipinas who can speak Japanese. So, some of them might know the meaning.
I see. You know well about it. You go to Karaoke many times, don’t you?

Answer：D
A,B and C are not suitable answer. D is the best.

What do you think about Kiroro?
Let’s talk about it with your friend.
Ask your teacher or a foreigner about it. 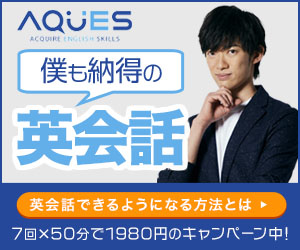